Here in the United States of America, we will soon celebrate the 246th anniversary of our independence. And as a grateful immigrant, I will soon be celebrating my 60th year in this great nation. The blessings are boundless; a deep sense of pride and patriotism continues to fill my heart.

I come from a long line of immigrants. I wish I could trace my lineage with some level of accuracy beyond that which I know: Russian Jews that settled in Argentina thanks to Baron Hirsch and the Jewish Colonization Association. My family later immigrated to the U.S. and I’ve spent a life time explaining, to all who ask, why there are blue-eyed Jews that speak Spanish.  I try to explain the diaspora. I try to explain the complex history of our immigration. I try to explain that there have been Jews in South America since 1492… “when Columbus sailed the ocean blue.” Quite often, this fact is met with shock. Quite often, this fact only brings up the next question:

How long have Jews been in the good ol’ USA?

As a history buff and a great fan of historical fiction, these questions—for the most part—please me. It is a subject near and dear to my heart! But it is for that very reason, that these questions are also bittersweet. Most people have some understanding, or knowledge, of the massive wave of immigration in the early 20th century. Stories of Ellis Island have been made popular and encompass the history of many peoples that came to these shores. But the story of Jewish immigration doesn’t begin with familiar scenes from “Fiddler on the Roof” or “Yentl.” Here’s a fact for you: Jews have been in both North and South America since the fifteenth century. They found their way here escaping the Spanish Inquisition; however, there is documented proof of observant Jews in colonial America. In fact, it is estimated that there were approximately 2,000 Jews living here and at least seven Sephardic (Iberian Peninsula Jews) congregations. Congregation Shearith Israel was founded in New York City in 1655. Rhode Island’s Yeshuat Israel in Newport began 1658. Congregation Mickve Israel served the people of Savannah, Georgia as early as 1733.

These Jews were from all across Europe. Their list of reasons for leaving hearth and home were the very same that other immigrants could enumerate. They sought freedom. They sought prosperity. They sought peace of mind. And when the colonies united against England, these Jewish immigrants answered the call in some form or fashion.

Haym Salomon rendered immeasurable service to the Revolution by providing financial support in desperate times. His service to this nation should be heralded by all. Aaron Lopez of Newport and Isaac Moses of Philadelphia also had the means to assist the cause. Risking their source of revenue, as well as their lives, these merchants sailed their own ships past British blockades and brought clothing, guns, and food to deprived soldiers. Many other Jewish patriots took up arms. In South Carolina, for example, one troop had so many Jewish soldiers, they were dubbed the “Jews’ Company.” In 1776, Francis Salvador, the first Jewish State Legislator of South Carolina, was killed fighting against Loyalists and their Cherokee allies.  In 1777, Lieutenant Solomon Bush discovered a spy in George Washington’s headquarters. The lieutenant was taken prisoner by the British, although he was later released.

Needless to say, women also supported the cause. Abigail Minis was a prominent businesswoman in Georgia during the American Revolutionary War. Left a widow at a young age, she took charge of the family finances. A patriot, Minis also put her hospitality and resources to good use— earning fame and admiration amongst the troops. Legend has it that Mrs. Minis met George Washington in 1791 when he visited her tavern in Savannah. Unfortunately, that can’t be confirmed. Her daughter, Leah, however did meet with the president years later. Mrs. Minis was 91 years of age at the time. She was surely kvelling at that honor, as any mother would!

The Mill Street synagogue was a central anchor for the Jewish community in the city of New York since its founding in 1730. In 1766, Gershom Mendes Seixas became the hazzan, or cantor, of the congregation. Although he was not an ordained rabbi, he lead the Jewish community and encouraged their integration into their new society. He was an ardent patriot and supported the cause; and when the British captured New York, Mendes Seixas led the congregation to its temporary home in Philadelphia.

In the Post-Revolutionary period, Mendes Seixas strived to undergird the patriotism felt by the Jewish community. To reinforce their significance in the American tapestry, he wrote President Washington and asked for a statement of recognition—and reassurance—from the new government.

Deprived as we heretofore have been of the invaluable rights of free Citizens, we now (with a deep sense of gratitude to the Almighty disposer of all events) behold a Government, erected by the Majesty of the People—a Government, which to bigotry gives no sanction, to persecution no assistance—but generously affording to All liberty of conscience, and immunities of Citizenship: deeming every one, of whatever Nation, tongue, or language, equal parts of the great governmental Machine…

In probably one of the most important presidential letters in American history, Washington wrote back.

It is now no more that toleration is spoken of as if it were the indulgence of one class of people that another enjoyed the exercise of their inherent natural rights, for, happily, the Government of the United States, which gives to bigotry no sanction, to persecution no assistance, requires only that they who live under its protection should demean themselves as good citizens in giving it on all occasions their effectual support. . .

May the children of the stock of Abraham who dwell in this land continue to merit and enjoy the good will of the other inhabitants—while everyone shall sit in safety under his own vine and fig tree and there shall be none to make him afraid.

May the father of all mercies scatter light, and not darkness, upon our paths, and make us all in our several vocations useful here, and in His own due time and way everlastingly happy...”

This message highlights an extraordinary moment in history and for American Jewry. Here, in this great country, we were given freedom of speech, freedom of religion, freedom of enterprise. And as an immigrant, I know that freedom is rare and fragile. On this Shabbat, and on this anniversary of independence, I simply wanted to acknowledge that fact and say thank you. God Bless America! 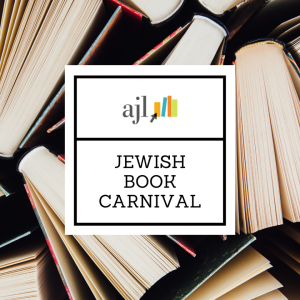